When a media stream is added into Qosifire, the Qosifire agent connects to it and starts getting the content for analysis. The agent generally acts like a playback client so one of the elements it works with is the content buffer.

When the content is received from stream, it's placed in the buffer and as long as the agent analyses the content at the playback speed, this buffer exhausts. As the new content arrives, it's placed into the buffer. You can see that in any stream's details if you scroll down to buffers section. If your stream is ABR and has multiple sub-streams, each one will be shown separately.

If the stream buffer becomes empty and there's nothing to process (i.e. a player has nothing to play), Qosifire sends the "Buffer too short" error event to Qosifire web service, which initiates a notification to the users who were specified to receive notifications.

If you go to web console you will see alert like the one shown below. 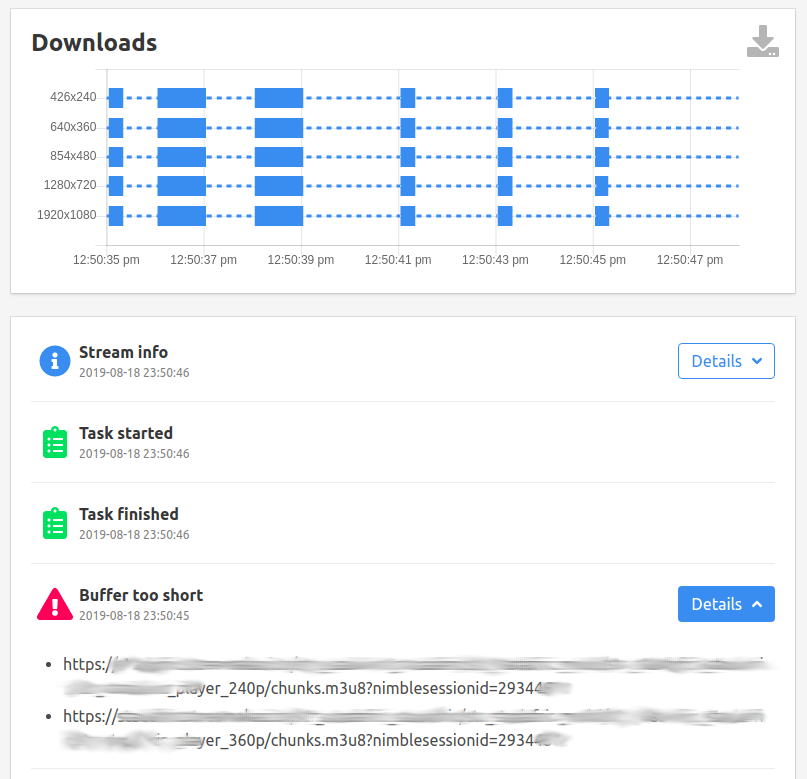 As you see in this example, there are 5 renditions in HLS ABR stream being monitored, and 2 of them had issues with buffer - this is probably 240p and 360p according to the sub-streams naming.

From player perspective those streams have run out of content to be played.

From origin server perspective this error means that the original inbound stream does not provide content for further delivery. This probably means that the media source - an encoder or a camera - has problems producing the content but still keeps the connection to the media server.

If you have this issue often, this can mean some problems which may require attention. You should check the source (i.e. camera or encoder) for errors in logs or perform some other diagnosis if needed.

If you don't know where to start, feel free to contact us so we could give some advise for your case.